Verbagram: (n.) A thingamajibber in which I make up for my crap food photography by telling you a story about the food in question.
—
A few months ago, this happened: 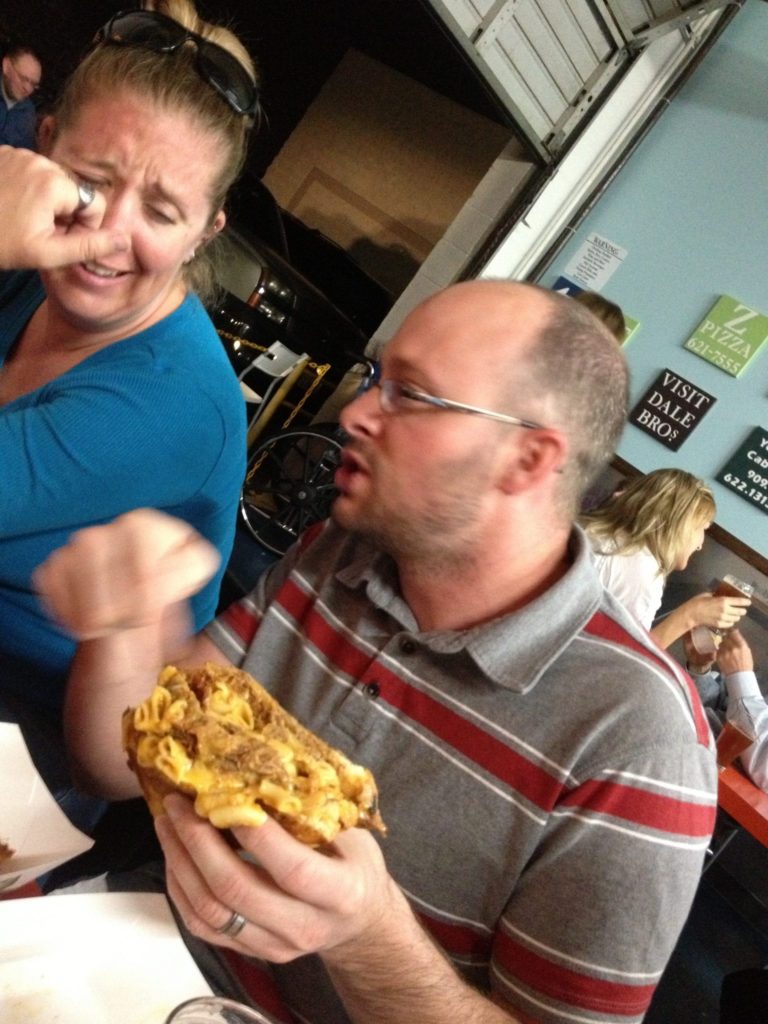 Don’t quite understand it?
It’s okay. It has taken me lo! all these months to process it myself.
Here is what happened.
We went to our local brewery for the first of their Food Truck Fridays, which is, yes, when food truck arrives at brewery. The truck that week was the Grilled Cheese Truck. It was late getting there and late setting up, which is why Mr. Gooddirt had something like two and a half strong beers before he got into line.
Presumably the ABV contributed to some kind of food-related myopia, because when he delivered our food to the table he dropped off two normal grilled cheese sandwiches, one for me, and one for my friend, and an order of tater tots, and then he weaved a little and said, “Be Right Back,” and then he came back with another two handfuls of grilled cheese.
Well. I thought it was two handfuls of grilled cheese. Basically it was two grilled cheese sandwiches, each stuffed with mac and cheese, and slapped together. The whole thing was glued together by another layer of mac and cheese and more pulled pork.
The woman who is sitting next to Mr. Gooddirt is most likely laughing because she can’t believe he is trying to explain the thing to her and eat it all at the same time.
Also, it arrived in two containers and weighed about as much as a brick.
The next morning Mr. Gooddirt smelled like bacon and could not roll over onto his belly.
True story.
*Not really very tall. In fact, just normal height.

Why is Publishing so important? 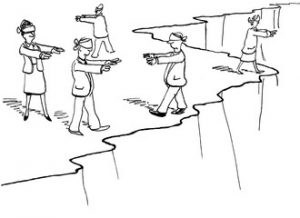 Meanifesto: How I’m addressing my complicity in the America we have today