So you know when your brain goes on overload, and you realize that you’d better download the stuff before your hard drive breaks and you lose all the stuff? That’s where I am now. I’ve been out in the big city twice in as many days, and although I’m most certainly not always at my best in the city, I am almost always awake and alert (“What’s a lert?”) and, perhaps worst of all, wide open to all the sights and sounds and input, and that’s, I think, why I’m overloaded.

Then, too, it’s a quarter to five in the morning, it’s raining, the porch door is open, the temperature is in the sixties…these are all things that make me percolate, which is good, because I have an essay due every fricken week for non-fiction class, and I’d better have stuff percolating.

Okay. First of all, here are some photos from my time in Seattle and Whidbey.
I got to see Hollie Butler for the first time in almost 15 years. Who is she? She is my friend from the one summer I spent as a camp counselor in Oregon. It was the first time I was ever able to say I had an amazing summer, and mean it. Sorry, Mom and Dad, but I learned so much that summer and experienced so many different things…some day I will write about that.

Hollie and I wrote letters back and forth for a little while. I think I may have gone to see her in Seattle when I went skiing at Whistler the following year, but I haven’t seen her since then, and that would have been 1994. Wow. (Some days, I really love Facebook for reconnecting me with people like Hollie.)

On the way there I saw these buildings, which I loved for their color and their lines. I guess they go into the “I took pictures of this cos I want to draw it later” category. 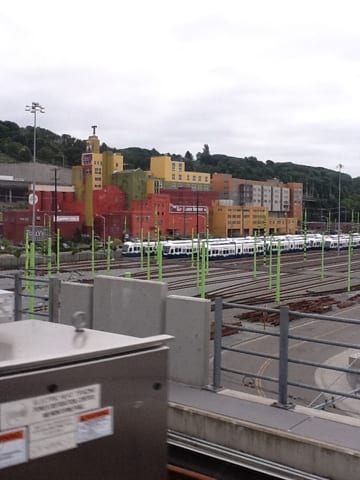 I also got to see another old friend, from my advertising days. I think she might be one of my favorite people, in part because she and her husband are wise without being old. I love this about them. When Ina and I worked together, I learned so much from her. Ina has this view from her home office window. It also goes into the aforementioned category. 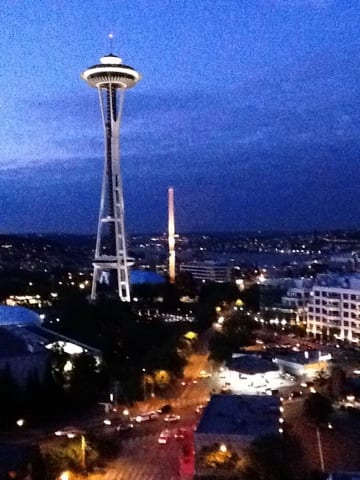 Here are some snaps from Whidbey Island itself.

These are my friends Robert and Cynthia. Cyn has been my roommate from the first semester on. We were all housemates this semester. Good fun! 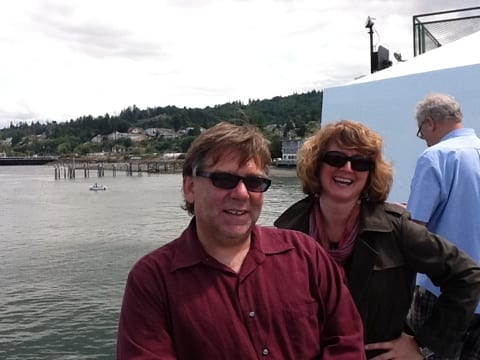 Here’s another snap I’d like to try my hand at, except the colors are kind of intimidating. 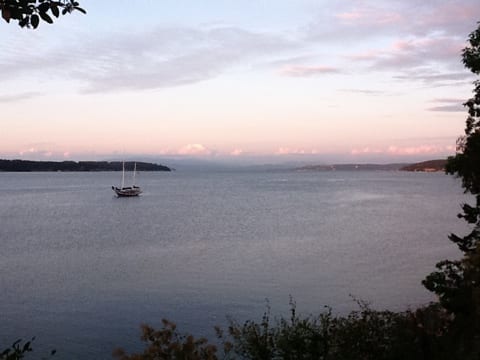 Here’s one I did try my hand at, and that’s both material for another post and probably an essay on how taking drawing classes has made me a better writer. 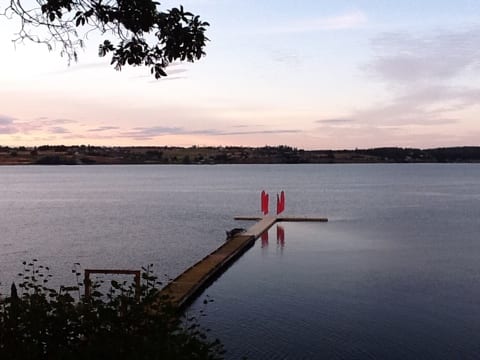 Here’s Cyn, reading her work. We do student readings at Whidbey. That absolutely makes us better writers. 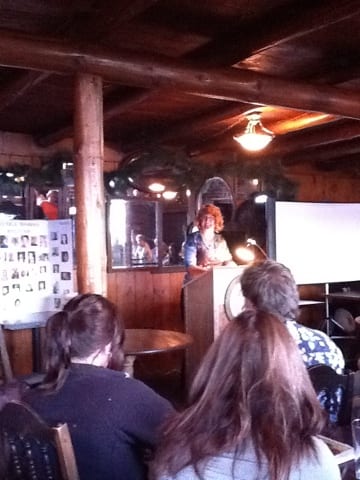 Here’s Grier’s dog, Popeye. People, do you understand how much of a difference having a dog around makes? A lot. (Also material for another essay.)

I’ll close with this freakishly Monet-like scene, which was what we saw ever day during our afternoon classes. This one I won’t be trying to draw. Frankly, Monet already did it. 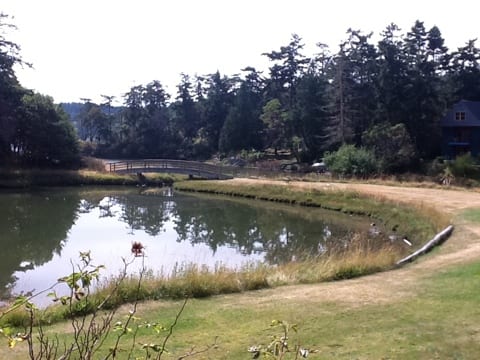 Next post, a breakdown of the drawing lessons. Or maybe a rundown of these two days in the city, which have given me a lot to think about, all by themselves. 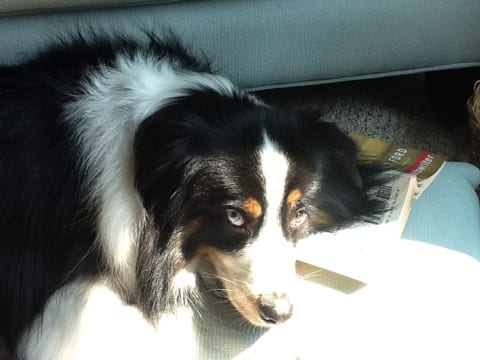 Do you think I can squeeze in a nap before the day begins? Or should I watch some more BBC mysteries on Netflix?