This is part 7 of a multi-part series on Dolly Chugh’s The Person You Mean to Be: How Good People Fight Bias. Chugh writes about how to move from believing in good, with all of its slippery connotations, to building structures in our lives that allow us to be better, and make more connections. Each post will start with a quote from the book. Leave comments for me below. Let’s talk about what you think. Buy Chugh’s book here, so we can discuss more at length.

…When we only perceive what we expect, we create an echo chamber. We do not look for or notice disconfirming information….What makes these psychological echo chambers even more problematic is that we also live in social and media echo chambers. These are more willfully created. These are the ones we choose….
A PRRI (Public Religion Research Institute) American Values Survey asked participants to name up to seven people with whom they regularly discussed important matters….They found that 75 percent of whites, 65 percent of blacks, and 46 percent of Hispanics had homogenous networks composed exclusively of people sharing their own race.”

You know how the universe sometimes conspires with you? You’ll look at your calendar and see three meetings with varying parties and friends related to one client, say. Or you’ll realize that, on a day you have an appointment for your dog at the vet, you also notice a new bird you haven’t seen before, or make a new friend who’s studying to be a vet.

Some people say that that’s all just your brain being aware of opportunities that “go together.” Another friend likes to say it’s whatever “energy” you’re putting out there when you book the appointment, or the meeting. It might just be sheer, magical coincidence.

I don’t actually care what it is that makes these things group; I just like that they do. And I like all the explanations, actually.

In the past seven days, I have spent quality time with six friends I’ve known since at least high school. I had drinks with one of them last night; drinks with another two Wednesday night, and spent last weekend with three others. All of this time with old friends, people who know you so well that they’ve accepted all of your bumps and warts and expect more, has me re-assessing why it is we go back to some people again and again.

Because the truth is, I’ve been sitting on top of the task that Dolly Chugh sets to us in the quote I posit I above for more than a month. Her work implicitly challenges us to examine our own networks, and the extent of our own echo chambers. It’s much easier for me to feel good about the fact that I have old friends who work in widely varying fields, and who I’m proud of knowing and want to keep forever, than it is to acknowledge that my own networks are really, really homogenous.

But this is where it gets really tricky. Because, see, I’m part of a “model minority.” And in recent years, I’ve read or seen a good number of studies that show that Asians are often lumped in with whites: we have similar income trends for instance. And we have similar educational profiles, as well. I think we tend to disappear. (Read this essay, from Matt Salesses, for another valuable viewpoint.)

More anecdotally, the stereotype of Asians not wanting to rock the boat, of just quietly slotting in, fits neatly into this narrative, as well. And actually, maybe it’s not a stereotype. My parents told me regularly to just be quiet, hunker down and get my work done. While, of course, earning the best grades in school and being popular, or something. (Spoiler alert: neither of these things happened.)

All of this is to explain that most of my friends were–and are–white. Of the friends I met over the course of the last week, my high school friends, only one of them isn’t white; she’s Iranian. So while Chugh comments that whites, blacks, and Hispanics have networks that comprise mostly their own races, well…I don’t have that issue. But it doesn’t make me feel any more diverse, because for a long time I acted like I was white myself.

I don’t really know what to do about this, except to exercise more inclusion in my life. I’m married to a white guy; my parents are Asian, so is my brother. It’s like, although it’s enough for other people to have more than one ethnicity in their social circles, it’s not enough for me to have Asians and whites in the pool of people I share important things with; I have to have more diversity; be more.

Listen: I’m not complaining. I like, need, value more viewpoints. Hearing what it’s like from someone else’s point of view is like having a light turned on in a dark room. Yesterday I spent some time with some young Hispanic and Black students as part of a conference I participated in. And one of the panels I was on comprised a white woman, an Indian woman, a black woman, and myself. I loved hearing about their creative processes. I got to spend some additional time with one of the volunteers at the conference. Driving her home, I listened to her talk about the pressures she’s under as a young black woman, what her family expectations are, how she thinks her career in the fine arts is going to shape up.

I hope one day I’ll be able to list her, or someone like her, among the group of people I discuss important issues with.

But for now I have to tell you that the seven people I most discuss important issues with are white or Asian.

Actually, discounting the high school friends (Amy is one), these are just the last sevenish people I discussed difficult or serious things with.

Of them, only my brother is a minority. And he wouldn’t count as being diverse, since he shares my race.

I don’t actually know what to do with this. I didn’t think I’d arrive at this conclusion. I think I thought that I’d just add this to my long list of “to do” items-—consult with more diverse people; make a concerted effort to reach out more often for differing viewpoints. I thought this was going to end on a high note, somehow, that I’d feel energized, after yesterday’s amazing conference, to make more friends. But really, I’m just tired now, and a little depressed. The collision between wanting to be good and my cultural heritage has caught up to me today.

And yet. Two, three weeks ago I was walking Huckleberry in the soccer field by my house when I saw another dog in the field. It was bouncing and happy, and its owner was sitting nearby. I went over and introduced myself and let my dog go, and since then, Huckleberry, Nala, Bruce and I have spent three or four mornings together in the field, talking about everything from work to President Number 45 to our siblings and work and code-switching.

Bruce is 60. He’s black. I am putting him on my list. Because I appreciate him, yes. But also because I need more of his type of wisdom. I didn’t actively reach out to him that first time; I just happened to be in the right place at the right time. But maybe being open to those encounters is good, too, even if it’s not “good enough.”

The American entrepreneur Jim Rohn is often quoted as saying that you are the average of the five people you spend the most time with. If I’m thinking of this as an aspirational exercise, rather than a foregone conclusion, I feel a sense of great responsibility.

I want to be more worldly. I want to know what it was like for you, if you grew up Black. Or poor. Or gay or queer or trans. I am none of these things, and I can never be. So maybe it’s not that I am the average of the five people I spend the most time with, but that I am richer, a better person, if I can learn a little more of your story.

This might feel like a false comparison. Chugh is talking about expanding our circles; making our echo chambers less echoey. Jim Rohn is talking about bettering yourself. He’s talking about finding people you admire and looking for ways to spend more time with them so you can be more like them.

But I don’t think these two are all that far removed from each other. Internalizing someone else’s struggle—knowing about it, shining a light on it for yourself, knowing more about it—this can’t be anything but a good thing, can it? 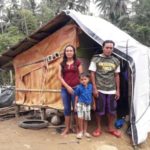 Seeing hidden systems: Part 6 of live-blogging Dolly Chugh's _The Person You Mean to Be_