Here are some things I read or saw this week that I really loved.

First, some people playing Adéle’s “Hello” on a surfboard. (Thanks to Audrey for the tip-off.) I love so much about this: the way the guy on the end spots the cymbal on the ceiling before he nails with with a high kick (high hat! high kick! ha!); the voice of the girl in the middle, standing on a block to be the same height-ish as the others; the [SPOILER AHEAD] way the guy with the longer hair loses his hat from rocking out. It’s a nice five-minute break. 🙂

Second, here’s some interesting reading (h/t Dave Nichols) about why U.N.-spec tarps are the way they are. We use these tarps at ShelterBox, in our ShelterBox ShelterKit.

I remembered suddenly the very last breakup meal I had, in January or February of 2000, and how much I paid for it. It was at Le Zoo in Greenwich Village, and I paid $75 for the two of us, because I had invited the guy out, and I also got to say exactly what I wanted to say (we all know how rare that is). After we’d broken up–“I never said I loved you,” he said–he reached for his wallet. “Don’t add insult to injury, M—,” I said. “I invited you out.” But I still got dumped. 🙂

The McSorley’s snack. Last Wednesday I had a friend over. We sat on my floor and she brought over beets on Alouette over a bed of micro-greens; I had a brainwave, New York-related again, that took me back to sawdusty floors at McSorley’s Ale House, where some friends and I used to drink, along with the rest of the world who ever visited New York. Their standard bar snack was sliced white onions, cheddar, and a sleeve of saltines. I did mine with Tilamook extra-sharp and water crackers, but I forgot the mustard. 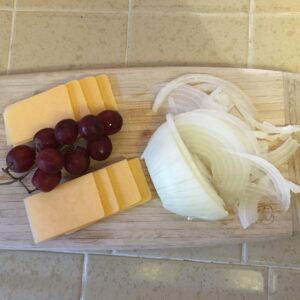 We went to Santa Barbara this weekend. I liked this random collection of textures:

Early in the week I saw this comic-book caption in real life (Ka-POW! Blam!): 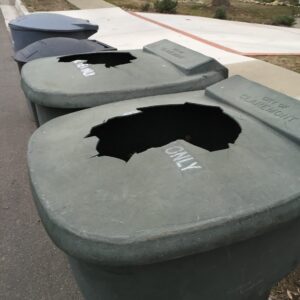 I mean, what the krunk?

That’s all for this week: Tune in next Monday for more brain flotsam.

On Greatness, or By Way of a New Year's Resolution