Diffusing the “cultural smog”: Part 4 of live-blogging Dolly Chugh’s _The Person You Mean to Be_.

This is part 4 of a multi-part series on Dolly Chugh’s The Person You Mean to Be: How Good People Fight Bias. This book is about how to move from believing in good, with all of its slippery connotations, to building structures in our lives that allow us to be better, and make more connections. Each post will start with a quote from the book. Leave comments for me below. Let’s talk about what you think. And you can buy Chugh’s book here, so we can discuss more at length.

“…[Rick] recalled a conversation in which a female colleague had challenged him not to refer to women as ‘guys.’ He had dismissed it with a roll of the eyes. … Remember, Rick hired women. He promoted women. He was a believer. His moral identity was tied to being one of the good guys. … Our unconscious biases, those attitudes and stereotypes outside of our awareness, may or may not align with our consciously held beliefs.
…[P]sychologist Beverly Daniel Tatum describe how these unconscious associations are shaped by what she called ‘smog.’ … We breathe [them] in, whether we believe them or not. … While Rick’s explicit beliefs are egalitarian, he breathes in the same cultural biases as everyone else.”

Years ago, my husband told me a story about how he grew up in Wisconsin and Rhode Island. He said when he was a kid, he and his dad and his brother would go out digging through the garbage cans on the softball fields. They were looking for aluminum cans, which they would then drag to the recycling center, to be turned in at a nickel a pop.

I was horrified. Jim told me later that he never wanted to see that look in my eyes directed at him again: he could see I pitied him. He was deeply hurt by my reaction.

I didn’t deny it. In my limited experience, I could never picture a situation in which you would encourage your children to pick through someone else’s garbage for extra cash.

In my mind, it was exposing your children to all kinds of risks.

But in Jim’s mind, it was fun. It taught him the value of money. He was with his family.

I was living under some cultural smog that told me that when folks are thrifty, or are creative about ways to earn some extra money, that means they’re poor. And that, further, poverty is something to be ashamed of.

Some of this has to do with my personal cultural smog. There’s a rack at my local grocery story by the milk and the extra baked goods. In this rack, things are 50% off, either because they’re out of season or because the product didn’t sell well or the packaging is wonky.

I was maybe in junior high when my mom pointed out one of our neighbors who was rooting through the offerings. She pulled me into another aisle, whispering. “See? If you don’t earn enough money, you’ll have to be like her. It’s so sad. She has to buy the second-rate goods.” Obviously this isn’t a direct translation of what she said, since I don’t actually remember exactly what she said. But it made an impression.

That experience, and the clouding of judgment that came with it, changed the way I view thrift. It created my own personal miasma.

I want to take a look at one way to, uh, diffuse smog, whether personal or cultural. Take a close look at the way I’ve described these two anecdotes. Where I describe Jim’s family on the softball field, I say they’re “digging through the garbage cans.” When I talk about my neighbor in the grocery store, I say she’s “rooting through the offerings.”

Words have power. What happens when I tell these stories in a different fashion? Jim calls the thing with the cans “hunting for cans,” probably a shoutout to the fact that he was the kind of kid who used a B.B. gun to scare off squirrels. I now “have a look” through the 50% off rack myself, because sometimes chocolate bars no one else seems to love but me live there, and because the other day I found a jar of molasses exactly of the brand I use to bake ginger cookies.

One way cultural smog screws with me is by messing with my objectivity. We all have preconceptions and biases. (Elsewhere in the book, Dr. Chugh talks about how our brains are neurologically wired to use preconceptions to help us to make quick decisions about very basic things, like what’s “dangerous” and what isn’t. We use red, for instance, to signal things are hot.) But our sense of objectivity really suffers when we are lazy and don’t look at things for what they are.

Put another way, we often look at things without seeing all the other possibilities of what that thing could be.

In another book I read recently, Amy E. Herman’s Visual Intelligence, Herman writes about the difference between accuracy and rightness. Herman uses fine art to teach everyone from FBI agents to trauma-room nurses how to be better observers, and thus, better at their jobs. She uses the example of Edward Hopper’s Automat:

The mood of the painting is somber. The girl looks bereft, lonely. But this is all charged language, and although it might be right to say these things, it’s far from accurate. An accurate description of the girl’s face would be that it’s part in shadow. That her eyes are downcast. That her face is slack.

So the girl could be pensive. She could be reading the tea leaves in the cup of looseleaf tea we presumed was coffee. Maybe she’s reading coffee grounds. Or maybe she’s meditating. So many possibilities, although it’d be silly to presume that Hopper wasn’t trying to evoke one mood or another with the painting as a whole.

Taking a page from Herman’s literal book, I think a good way to take some cultural smog away might be to really listen to what you’re being told–and then to describe it to yourself in uncharged, unbiased language.

Jim went with his dad and his brother to the softball fields. They were looking for cans. They found a few and they went to the recycling center. They turned the cans in and they got money back for them.

In the case of my neighbor in the grocery store:

That rack is 50% off. The woman is shopping in the rack. She finds something she likes and buys it.

Put this way, my neighbor’s shopping in the 50% off rack is no different than my mom paging restlessly through shirts in the Nordstrom Rack’s half-yearly sale.

I’m trying to be rid of a lot of my cultural smog. Better listening is one way. Trying to see all the possibilities is another. Rewriting in a distilled, neutral fashion is yet another. But, as Chugh says, a lot of the cultural smog is invisible, and I think that ultimately, I need a lot of consistent, self-examination around the way I’m reacting to things. And I don’t think I’ll ever be smog-free.

Case in point? When I sat down to write this piece, I told Jim, “Just so you know, I’m going to write about the cans.”

I whispered, “The cans, the cans. You know.”

I explained it to him, feeling the heat rise in my face, hating myself for making him relive the whole thing all over again.

Right. Because to Jim, it’s just a story about some kids and their dad, earning a little spare cash. And to me, it’s still a story about some people who so badly needed to make ends meet that they had to go rooting through other people’s garbage for scrap metal.

What's "safety" look like to you? Live-blogging Dolly Chugh's _The Person You Mean to Be_

"Luck" is way bigger than you think it is. Part 5 of live-blogging Dolly Chugh's _The Person You Mean to Be_ 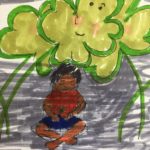 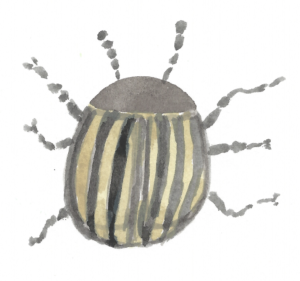