Yes, please! I know it doesn’t exactly flow. But when I think back over 2009, I specifically remember a post that Lara had up on her site that ended with “Bring it.”

I think that’s such a great phrase. Lara lives in England. She is tall and collected and has terrific posture and is the very epitome of capability. I look upon her life with a certain sense of awe over her many accomplishments. When she says “Bring it,” it sounds cool, like the general challenge to the universe it’s meant to be.

I am, in many ways, Lara’s opposite. I leave a trail of things wherever I go. When I unpack, I tend to do it all over the place. I Leave a Mark, as it were. I am messy. When you picture me saying “Bring it,” you must picture me with strands of hair poking out everywhere, quite possibly standing amidst a pile of papers, out of breath from exertion and somewhat red-faced from whatever mess I’ve just created. I look wild-eyed, a little frenetic, even. I have probably preceded “Bring it!” with a dopey-sounding “Hunh? What’d you say?”

In spite of the general mess that is my life, I got a lot done this year. I did Ironman, and fulfilled a lifelong dream to become part of the worldwide disaster-relief community. We moved back to New York. I did a half-Ironman and bought some great artwork. I made some new friends and reinforced ties with others. I made a fair number of meals for friends and hosted some good parties and drove across the country with my Dad. My brother got engaged. I broke my digital camera and bravely bought another one in a foreign airport. I was nice to a lot of strangers and they were nice back.

Life is good, and wide-open. But I think it’s probably only wide open because I make it a point to live this way. So while “Bring it,” doesn’t exactly fit for me, there is a certain propriety to “Yes, please”:

“Hey Eesh, wanna do this race with me?”

“Hey, Eesh, you should really, really try some of this esargot.”

Indeed. Escargot. I ate them, if only to please my aunt.

So there you have it. I’m not cool enough to say “Bring it,” but I’m more than happy to say “Yes, please,” every day of the year. Bring on 2010. I’ll Yes-Please it into the ground.

Yes, yes, I’m late again. But some of these things don’t strike me. I don’t have any idea how I should categorize 2009 in a word, although I think I’m beginning to get a feel for the word that would be most appropriate, given the fact that I have fifteen minutes to write this before my next meeting: hectic!

Anyway, more on that later.

My tea for the year is one that I drag out for all special occasions. It’s called Montana Gold, from the Montana Tea and Spice Company.

I first discovered it sometime in the mid- to late-90s, when I was pondering a move to Bozeman, Montana. Look! Isn’t it pretty?

I mean, I literally was going to up and move from my little apartment in Astoria, New York, to a beautiful little pad smack in the middle of town. I went to visit for a week, and loved it. It was where various writer friends from my tenure at Audubon magazine lived, and they were all awesome people and very good to me. I was about to cut ties. I was about to embark on an exciting career as a mountain girl, living in the shadow of the Bridger Mountains, skiing every day of the season and writing about outdoors stuff until it came out of my ears. Maybe I’d learn to telemark! Maybe I’d finally be cool!

Over my week or so in Bozeman, I got very, very drunk with some select people, had a blast, and, when I’d come back to New York after signing the lease for my new Bozeman apartment in the old post office, sat up bolt upright one night and knew that that was not the life for me, at least not yet.

Thing is, I wasn’t that good of a skier, and I was not so enamoured with writing for the outdoors world that I could–or knew how to–make it my career. And, I found myself saying, an awful lot, when interviewing awesome people doing awesome things, “Man, I’d like to try that, instead of writing about it.” Some people are awesome enough to do the double duty, but I was not capable.

But that doesn’t mean that some parts of Bozeman did not worm their ways into my heart. The mountains have imprinted themselves on me. I continue to find wilderness where I can. I aspire, at some point still, to lead the mountain lifestyle, in a little mountain town. And I continue to drink this tea, which I found at the Leaf and Bean in Bozeman, pictured here:

The tea gets dragged out whenever I am feeling blue. It is a mix of rooibos, cinnamon bark, orange peel, and some other magical stuff, like hope, freedom, and spice. It comes out when a good friend is over and I can foresee a long afternoon chat. It comes out when someone is in need of comfort, or when someone looks particularly joyful and in a mood to celebrate, and usually when I care about someone enough to impress them with something wonderful.

December 11 The best place. A coffee shop? A pub? A retreat center? A cubicle? A nook?

I really had to think about this one. In the end, I picked the most mundane of places: our current apartment. Back in Chicago, we lived in a huge, drafty 1400-square-foot spot. It was a ton of room and badly put together, and, frankly, I didn’t want to be there. Chicago, I mean. I got to like it by the time we left, but it wasn’t my idea to move there and it took me a good long while to just shut up and live in this terrific city for however long I got to experience it.

It was in an awesome, post-Victorian-era greystone that had been gutted and re-done. We liked it, but it had so many elements already built in, like an original sideboard dating from 1912, when the building was built, and pocket doors. High ceilings and poor insulation made the place super-chilly, so we ran the fireplace a lot. Perhaps the thing I hated the most was the fact that it was so big that Jim and I just spread out. Things got lost and hidden, and, with the addition of basement storage just below us, it was a recipe for way too much clutter.

Also, I had a terrible habit of walking around without either my contacts or glasses in, so I probably didn’t see the clutter part of the time. It was awful.
Before the move to Chicago, we lived in a small place in Croton Falls, New York. It was about 750 square feet. It was Jim’s place; I moved in when my Manhattan roommate got married. It felt tiny, expecially for two people who owned two bicycles apiece and, eventually, a 19-foot kayak. But we loved it. It was Sprocket’s first home.

Anyway, in May this year we moved from Chicago back to New York State, to White Plains. It’s a weird place. The social divide here feels tremendous at times. But our apartment? I love it. We’re back down to 1100 square feet, and the missing 300 square feet has allowed us to regain some of the efficiency we had when we were living in 750 square feet.
Now, when we’re done cooking, we put things away. We store extra things in the storeroom. We keep most stuff stores away in cabinets. It’s not perfect. But it’s closer to the way we want to function.
Perhaps best of all, this new home was a blank slate. Aside from the obnoxious radiators, which stick out of the wall and reduce the published living space by something like 20 square feet in each room, it had no quirky features whatsoever. So it’s truly become a place that we’ve made our own, and in full partnership.

So this is the place I call home. Really, really and truly. Not “Jim’s place, which I crashed into,” or “our Chicago apartment (we had to move for Jim’s job),” but “our place.” Great things will happen here.
Oh, and there is a spare bedroom and a spare bath, and spare keys. Our friends are always welcome.

December 10: Album of the year. What’s rocking your world?

I have purchased only a few albums this year, and a lot of them aren’t new. I guess I look at music the same way I look at books. There are so many great ones out there already that I don’t feel like I’m missing out on too much if I don’t purchase it right away. Consequently, I still have a copy of Vanity Fair on my bedside table, and most of my book reviews are about books that were published several years ago.
Anyway, I bought one this year that I really like and that I haven’t yet tired of. It’s called Bitter Heart, and it’s by a young artist named Zee Avi 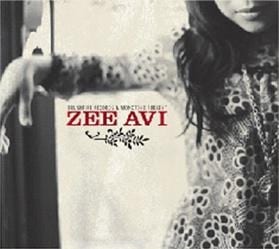 .
I like this album for its music, sure, but I also like it for its circumstances:
Me and Jim, in a car, on our way someplace.
Bright, sunny day; car humming smoothly under us.
Hound in back seat.


NPR on the radio, and me reminding myself why I love NPR so much. It makes me feel like I’m learning something, all the time. I especially like it when Jim is with me because he makes noises while listening: “Hunh!” and *snort* and laughing.
As for the music itself, well, I like the fact that it evokes nostalgia and modernity all at the same time. This is a girl on the ukelele, or on the piano, with classic instruments like the horn weighing in at some point. She’s barely even old enough to know anything about life, at a young twenty-something, and she’s singing about age-old things like addiction, unrequited love, fitting in. Her songs have Filofaxes, satellites, mobile phones in them. She recounts these stories in a beguiling island tone, and the lightness and lilt of her music belies the sometimes-heavy subject matter of the songs.
But–yeah. It’s the remembrance of that day, so like many others in my life this year, that makes this my favorite album.


Here’s another photo of another good day. This one was filled with good friends and a lake. Wonder what that soundtrack would have been like?