HL: And we’re back from break to bring you live coverage of a very special event: The annual Golden Pencil literary readings.

PL: That’s right, Howie. Now, you may not know this, but this is actually the 20th anniversary of the readings. At stake? The coveted Golden Pencil, a prize absolutely salivated over by every budding writer since 2005.

HL: Well, Phil, the energy in here is certainly up high for a reading.

PL: Who knows what the readers are feeling tonight? We’ve seen some remarkable talent tonight, through the genres, but we have a ringer coming up right now, the penultimate reader of the night. Susie Weekins has just come out from behind the curtain, looking like she’s deep-breathing. Now, Howie, this is a common exercise for seasoned readers. You often can tell the newbies because they’re in the bar, quaffing one too many Cherry Cordials before they take their places at the podium, instead of working on their lungs.

HL: Well, anyway. So Susie is up next. She’s a veteran reader, isn’t that right, Phil? And, our sources tell us she actually is a veteran of the Air Force–did I just make a pun?

PL: You did, Howie. Well done.

HL: Next to Susie, you see her coach, Bob Kirkland, one of the nonfiction faculty here at the workshop. Looks like he’s whispering some peptalk into Susie’s ear. What kind of pep talk might writers need, Phil?

PL: Well, Howie, it could be anything from “Remember the windmills”–a nod to Don Quixote, you know–to a more modern quotation from essayist Elissa Washuta, designed to evoke feelings of great calm.

HL: Great calm! Well, who knew? This sure is unlike any sport I’ve ever covered.

PL: Indeed, Howie. And after Susie reads, the lineup will end with the rarest of rare in this arena, Chuck Panterson.

HL: But Phil, why is Chuck such a rarity?

PL: Indeed, Howie. Oh, Howie! Look at Susie as she moves towards the podium. She’s got her game face on, for sure. And she’s wearing that great maroon top, the same one she wore last year when she rocked the house with her reading about a canoe–

PL: Anyway, the fact that she’s wearing that same top tells me that she’s feeling good and strong. You know, Howie, writers often have funny little quirks. Some of them don’t bathe for days before a reading. Just look at the way Susie cranks that microphone towards her. She is feeling good. Last year, the MFA invested in a new mike. It’s going to improve the readers’ performance for sure.

PL: Oh, she’s engaging in a common crowd-engagement tactic. She’s calling for their support by telling them she’s feeling nervous. Now, I know this is something we see a lot, but I gotta tell you, coming out of Susie, I don’t buy it for one minute. She’s trying to psych out the other readers, and I think it might just work. Once you get the crowd behind you, you can’t lose.

HL: What does Susie have to do bring home the bacon tonight, Phil?

PL: Well, readings are tricky, Howie. Not only do the writers have to read well, they also have to come in under the time limit. Remember last year, when Susie nearly lost The Golden Pencil by a pesky second?

HL: I do! Remind our viewers what happened, though.

PL: She managed to get in under the wire by eliminating a metaphor. It was close, but I’m glad to see she’s recovered from that.

PL: Indeed, Howie, she is! Few writers would dare to try out their tremulous vocal chords on an audience so attuned to monotone, but Susie has her eyes closed, she’s pulling out all the stops, she’s dancing over the notes with a confidence that must be borne of a million repetitions and rehearsals. You know, when writers write, they don’t often imagine music. But this one clearly has, and we are PROUD of her.

HL: I can’t believe the crowd. They are going nuts. They are bolt-forward in their chairs. Some are swaying! They are under her spell! She’s in! She’s in! Susie is bound to take home the Golden Pencil for a second year in a row!

PL: Just look at Coach Kirkland, there on the sidelines. He’s crying. We never see this from a writerly coach, never.

HL: Chuck can just sit down, can’t he, Phil?

PL: Well, no. Even though Susie has clearly won the Golden Pencil, Chuck still needs to show up. He’ll win points towards the lifelist series of Most Readings Read At.

HL: Phil, that was a moment to beat all. I’m quaking. I think Susie’s set a new bar for readings.

PL: I think so too. Let’s ink it right now. Susie Weekins has just created the literary reading version of figure skating’s Salchow. Tune in to our web site to vote for what we should call it. And tune in next week as ESPN 2 covers the Wine Tasting 2015 competition, a feat of tongues and nasal passages that will have you riveted to the screen. Thanks for joining us. I’m Phil Liggett.

HL: And I’m Howie Long. And we’re signing off. Good night, all.

Thanks to Ana Maria Spagna, Nancy Rawles, and Kelly Davio for planting the seed for this post. And to Samantha Updegrave, who knows why.

The People in My Neighborhood: Grandpa Kenny 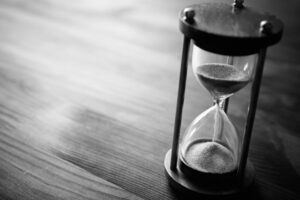