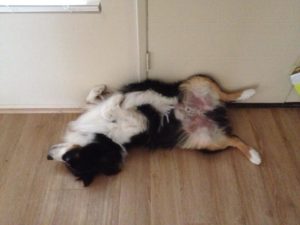 Except, I was in bed. And wearing pajamas. Woke up with a terrible crick in my neck. Gah.

My friend who is a rocket scientist

In fact, I know TWO people who are rocket scientists, but only one can reasonably be called a friend. The other one was a scientist on a nuclear submarine. The friend dismantled bombs for the Ministry of Defense in the UK. As a bonus, she is also…

My friend who watched paint dry for a living

Seriously. She worked for a paint manufacturer, natch, and it was her job to touch the stuff every once in a while to see how long it took to get really dry. As a reward for having the most boring job on the planet, she occasionally got to stand at great heights and throw stuff like nuts, bolts, and nails down at freshly painted (dry) cars to test chip resistance.

That time I had ants in my pants

I stood too close to a pile of dog food on the ground, under a dry overhang on a rainy day. It was in this house: 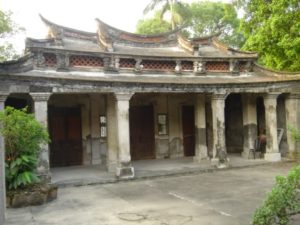 (Well, that’s the front gate, anyway, which is where the dogs sleep at night and where they get their kibble, too, just in front of the left-most door in the photo.)

All i was doing was saying hello to the dog after a night out with cousins. They were fire ants. Briefly afterwards there was a scene in which I ran down the great hall, trying to, what, outrun the ANTS IN MY PANTS? And my aunt swatting at my butt with a rag and yelling, “Take off your pants! Take off your pants!” and me finally taking off my  pants and standing there while both my aunt and Mr. Gooddirt swatted at my rear.

That time I compared apples to oranges

It’s true, they really are different, but they’re both fruit. Which is like, okay, not really ideal if you’re trying to say two things are completely different. My friend Mindy and I tried to get the twittersphere to come up with something different using the hashtag #applesto, but the results were meh. (I am still taking ideas, but the best so far has been “apples to wristwatches,” I think, although “apples to gaming die” is pretty strong.

What are your favorite idioms? Ever see an idiom in real life? Tell me.

Sprocket and I stroll every day, twice, three times a day. our longer morning stroll takes us down a small path. We see a lot of different trees, and I’m always stopping to look and touch and smell. I’m just about as bad as Sprocket is. Our strolls are really meanderings. We stop and look at birds and take a break from the workday. It’s lovely.
Here’s a sampling of the bark I see. Some of these are eucalyptus, some are pepper, some are live oak. 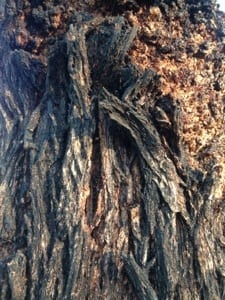 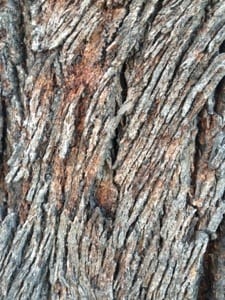 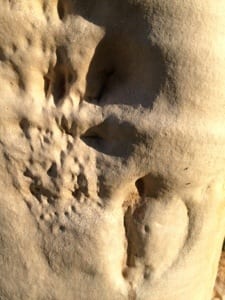 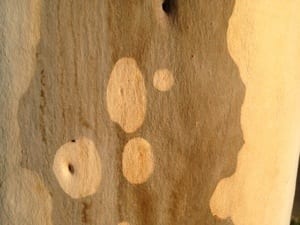 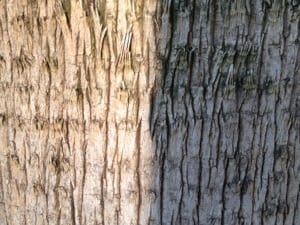 What things do you see every day that make you stop, every day?