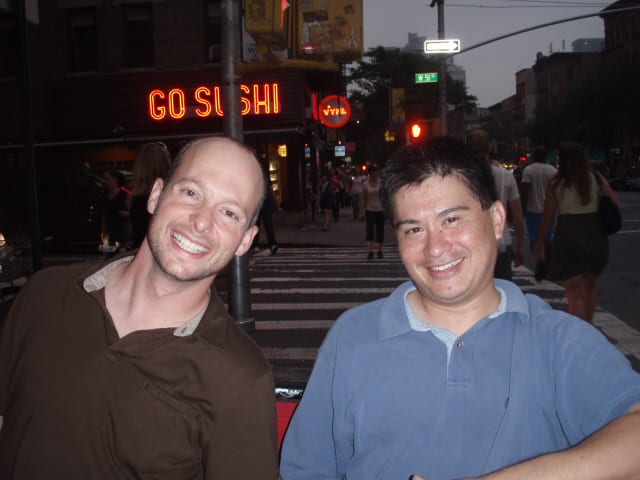 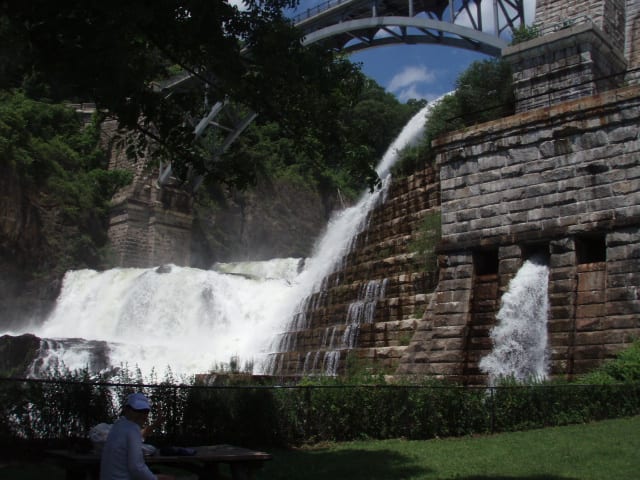 I think that is me sitting in the bottom left corner.

The next week sort of flew by. There was some writing, some editing, a lot of panicking over life plans and other things. The following weekend we drove down to Long Beach Island to an old friend, Rich, and his wife Katie and their terrific dogs Lola and Piper. I’m pretty sure none of these photos turned out right, but here’s a couple. 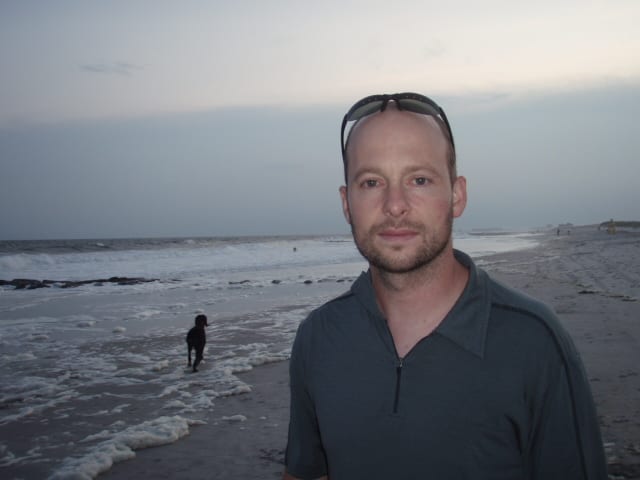 We had fun catching up. It was just like being with family: you’ve sort of known each other long enough that all the damage has been done already. It was nice, really really nice.
I drove to New Jersey the following day to see an old friend. I have no photos of that because I spent most of the time stuck in traffic, but I got to spend the night, and spend a lot of time with my girl Anna. All good.
Last Thursday Peter had the brilliant idea of going to see a movie in Brooklyn Bridge Park. It was loads of fun. Both Kara and I got there in time to stake out a nice spot, and although it got crowded, our spot was large enough to fit me, Peter, Karen, and Kara. It was perfick, although I’d forgotten, as Peter pointed out, how old and leather-like Cary Grant looks in the movie we saw, To Catch a Thief. It’s not my favorite Hitchcock, but both the company and the scenery were spot-on, even if Mr. Grant looks like a turtle (props to Peter again). Here, you witness for yourself.

Yes. The Naked Cowboy showed up. He who is running for mayor. That’s right. Perfectly nice guy. Wish he wasn’t so raunchy all the time, though. Every photo I watched him taking was of him grabbing someone else’s rear, or of the someone else posing as grabbing his rear…Sigh. Seeing as how the guy’s platform is transparency (or, in his lingo, “Nakedness”), there’s not much more to be said.
I met his campaign manager. Both he and the cowboy are perfectly nice peeps, and I am curious to see what he has to say.
Lara moved to the country, by the way, to a lovely home with its own name and everything. She is incommunicado for awhile, and I am dying to find out how she’s doing. Sigh. It’s funny how acutely you can feel the absence of people you only usually see online.
I’m sure there will be some epic forthcoming rumination on this. But for now, off to finish the book I’m reading and maybe write a book review and [oh, God, please] some work on the novel. Argh!
Facebook Comments